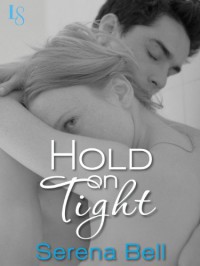 This book was simply AMAZING. I don't even know how to write this down so you'll get it - it's just a beautiful read. I loved the two main characters, appreciated both of them for being who they are and how they are, for being inspiring for me, for being strong each in his/her own way and for finding each other and completing the circle bringing them to a place of happiness they just couldn't have had before.

Yet, before I continue raving on how I enjoyed this read I HAVE to say something. I really do. Because otherwise you'll ask yourself who actually wrote this review?! It couldn't really be me without the next paragraph :) so here it goes!

Before reading this one I had a discussion with a friend about "all those books having a girl pregnant at an early age and having the kid" and I asked her - why the hell IS that? fuck it, they are young, they have their whole life ahead of them, why screw it up with a baby?

She gave me two answers, the first I accepted with a sad smile and the second made me laugh but also realize THAT'S the answer. Why a sad smile? because religion makes people react badly to abortion. If I got pregnant there isn't a doubt in my mind first thing I'll do after the first hour of absolute shock would have been trying to get it OUT! (and not 9 months later..). I'm quite fond of my life you see, I'm single, my problems are my own, I"m self centered on the things I enjoy doing and don't see myself sacrificing it all to take care of someone from now till the day I die. I rather take care of a dog. Less responsibility and they also don't talk back :P

Returning back to business the second explanation my friend gave was - what's the story about if she got an abortion?! well, DAMN! She is RIGHT!

So as you've guessed, kids, books with kids is totally and absolutely against my motto in life. If I don't want kids in real life why would I want them in books?! aren't books suppose to be ideal in a way? That's a good question since a lot of books takes us out of our comfort zone, tells us horrors and not only beautiful love stories in which a prince and a princess with not a care in the world get married and live happily ever after...

Now that I've said all that I can continue with telling you about this book and the fact that I LOVED it!! Even though having a kid DID fuck up Mira's life but don't worry it all worked out well in the end :)

So Mira and Jake met when he was on leave from his army service. He only had one order for this vocation - don't fall in love! so naturally he did, with Mira. Yet even though Mira was the only person Jake can actually talk to and share his life, his difficulties, he couldn't stay, and he couldn't commit to a relationship with her. He just wasn't ready and thought he never will be in a long term relationship especially not when he isn't even around to have the relationship in the first place.

Mira got her heart broken when she opened up to Jake and he left her hanging. They parted ways and didn't look back. When she found out she was pregnant she decided to have the baby despite the fact she couldn't find Jake and her father REALLY disapproved. She wanted something of her own, something that was truly hers in the controlling world her father made her live.

So Jake went back to service and Mira raised their kid without him even realizing he had one. 9 years has passed and now they meet again. Mira is out of her father grasp in a city far away from her parents, trying for the first time to really live on her own and Jake is back missing half a leg and haunted with survival guilt. Their reunion doesn't start in a very positive way but after they both have a chance to breath in and out Jake realizes he does want to get to know his kid and so they start to dance a very difficult dance.

Mira doesn't know how much time she has with Jake until he disappears again. Getting her heart broken once, she knows the price, she would have paid it again, but she couldn't put Sam in this place. Jake loves spending time both with Mira and his kid but he too realized he doesn't know how much long it will last. The crazy attraction between the two of them makes it even more difficult especially as Jake is dealing with the loss of his leg (and in a way his masculinity).

As I've said, I loved both Mira and Jake for being who they are - for being strong in mind and heart, for fighting for what they believe in, for fighting for each other and being there for one another. For opening up when it's most difficult, for fighting the limitations in their lives, for striving for more, for a better life. I loved that they each could have had the world alone, they don't "need" each other to be amazing, but together they are AWESOME! and the kid, yeah, they have the kid and he's actually quite sweet (when he's not in the way) and he makes it more than just about them, it's about having a family, something more than just the two of them, something Jake wouldn't have dreamed of having. and you know what, I kept thinking how I would have felt if I was in his shoes - finding out I have a kid I didn't know about (yeah, that's kinda impossible being a woman hehe but I was thinking about it anyhow :P). It's strange but I know that like Jake I would have loved to have this intimacy, having something that's more than just the relationship with my significant other. Yeah, I also know that I would have wanted OUT pretty soon after the responsibilities of life would have crushed on me :P but well, I'm no love story :D

OH!!! one more last thing before I forget! I loved Jake's character especially because that even though he was the "tormented" he wasn't all broken and needed saving. He did all the saving on his own. A little like Mira had to build her life when Sam was born. I guess I already said that in different words I just loved that the both of them weren't someone charity case, they didn't need one another to get better, maybe they needed the motivation and the right person to open up to, but basically they just needed to let go a little of the strict "make it on my own" vibe.

So I'm saying just go ahead and read it. It's amazing and awesome and all those great words I've already wrote too damn much over this review. It's just a love story, yeah, they all are just that, but here it's somehow different. Half way through I felt like I really need to DO things in my life I was putting away. I just felt inspired by Jake and how he pushes toward his goals. So I stopped reading, put the kindle aside for a while, and actually DID something to promote myself then with a smile on my face I returned to my reading realizing that I too only needed the right motivation. JAKE! :)

After finishing this one, do yourselves a favor and also read Serena's "Yours to Keep". Another awesomeness! :)