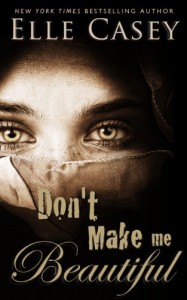 This is one of the hardest topics to read in my opinion. Bad things happen to people all the time but this one is more then the story and rehabilitation of a woman who went through a lot, it's a story about a woman who gave up, didn't see there is ANY light at the end of the tunnel. 'Learnt helplessness' is the worst any of us can EVER get.

Nicole has been locked up in her boyfriend's John house for about 3 years. In these years he has mistreated her, mentally and physically abused her until the point her face was deformed and her spirit was totally and absolutely broken. She waits for him to return from work knowing that there's a good possibility she'll do something "wrong" and get beaten for it, she knows she can't hide or run from him so she takes it day by day waiting for the day he will finally kill her. Until Brian's son mistakenly throws a baseball through her window and shatters it.

Brian sees her through that window unconscious on the floor and calls an ambulance. From that moment Brian takes a stand and decides to help Nicole, firstly by being there for her in the hospital then by allowing her to stay at his house with him and his son (while hiding from John). Brian is the hero material no doubt about it! and more than that - he actually sees Nicole for the person she is and not the monster John have made of her face. Not that slowly but surely they fall for each other but of course it's not simple and they have to overcome a lot - Nicole needs to trust him and it's not something easy for her to do after what she went through. She needs to also put the past and bad memories which hunt her to rest. She also can't believe the goodness she is experiencing with Brian but also his 6 years old son, Helen (Brian's ex wife) and Agnes the snoopy yet sweet neighbor.

It's not an easy story to read. It takes you to the darkest side of giving up, giving hope and not being able to lift your head and make your world a better place for yourself. But in the same time it's a beautiful story of what friends are for, how they can help you and make you a better person - for yourself. I honestly can't remember when I actually cried, as in real tears, before this book. I really recommend this book to anyone - to every woman - since we are the weaker sex (physically for sure, not to mention that in some places around the world women are considered less then men) there are a lot of stories - real stories - of how men take advantage of women and harm them and I think we need to be more aware and more confident in our worth so no one will EVER be able to hurt us. but I also recommend this book to men - since reading this story can make them realize what happens to a woman after being treated this way, what permanent damage is done to her. I think to for most of us (men or women) it's hard to even consider the intensity of the damage done (which cannot be undone) to anyone who experience this kind of abuse and we should be aware so we could fight it and have a better place for ourselves and the people around us.

In the end, it's not a "depressing book", I see it as a story that shows goodness and hope. make you realize that even when you are at the bottom you can rise.

First one being Brian's son who in my eyes was just not interesting in any way or form. I don't especially like kids or want ones of my own. He did contribute to the main plot and I see why he was needed but I just felt there was too much of him (for me). I also didn't really feel the connection between him and Nicole even though the connection is there which brings me to the second point

This book is written mainly in the 3rd person, I have a feeling I'm used to reading books written in 1st person / certain POV making the situation more personal. I think it's easier for me to relate and feel the emotions when someone describes having them as opposed to reading the "story teller" explain how a person feels. Though the book have been very emotional in my eyes, I do think it could have been better if written in Brian and Nicole's personal voice. Yeah, reading Nicole would have probably made me breathless, speechless and burning with tears but I would have felt more "there" with her.

Whoever you are - read it! and if you ever encounter a woman or man who are mistreated don't ignore it - Do the least you could but do something. There shouldn't be a place for these kind of monsters in our world.